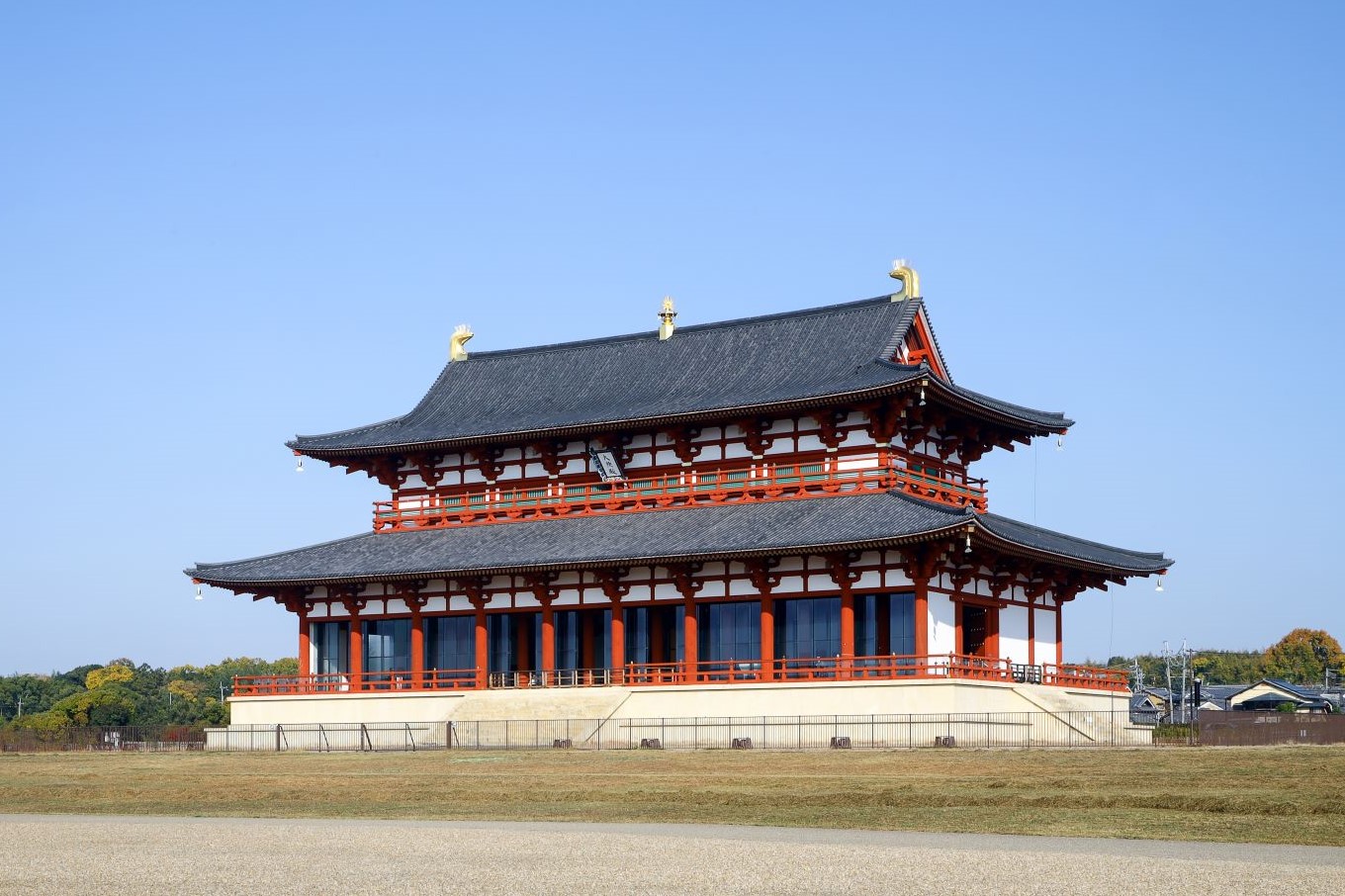 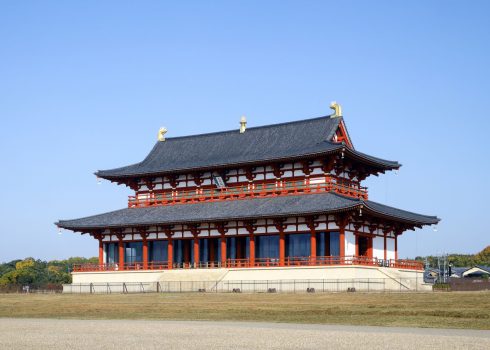 The Daiichiji Daigokuden was the largest palace in the Heijo Palace and was used for the most important national ceremonies such as the enthronement ceremony of the emperor and meetings with foreign envoys. The current building, which was restored in 2010, is about 44m wide at the front, about 20m wide at the sides, and about 27m high. You can see the interior of the highlights such as the Takamikura, the emperor's throne, and the coloring of the walls. The vast area of approximately 320m from north to south and 180m from east to west, including this Daiichiji Daigokuden, is being reconstructed as the “Daiichiji Daigokuden-in”, which was the central facility of Heijo Palace. The Tsuiji Corridor and Tozairou surrounding the Daigokuden will also be restored over a long period of time while the construction site is open to the public.